As a heads up, we're on the home stretch for June and the e-book sale before a new set of e-books take their place next month. Go here for book links as well as quickie background info on the two.
And another heads up, though this isn't a home stretch sort of deal, The Ghosts of St. Grimald Priory is now available in case you missed the giddy announcement from the beginning of the month. Go here for the book link and the blurb. Print copies are available through Amazon, but you should be able to order a copy if you prefer that format via Indiebound or other online sites.
After almost a month of not cracking the file open, I'm back to re-reading Automata for the final push in getting the book ready for publication. It's still set for October, and I'd like to submit the book to Draft2Digital once and for all so I can plunge right into Eidolon after the dust clears.
I've also been trawling the web for fun stuff I can share with you in preparation for the book's release, and so far I've landed on a couple of images. I think this particular image taken from a classic horror movie captures Alexej's situation the best: 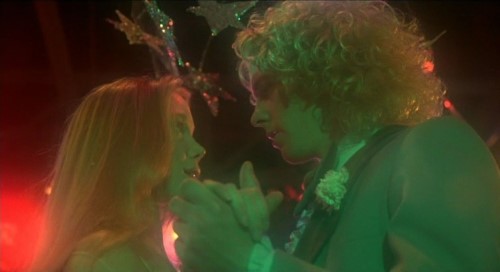 Happily for us, Alexej isn't Carrie White, and what happens following this scene in the movie doesn't happen in the novel. But the idea and the emotions in here do the job in encapsulating the conflict on the whole.
The setting being another retread of an AU Victorian Venice, I've given a previous novel a bit of a hat tip by hinting at certain supernatural and folklore elements involving vampires, though the entity hunting Alexej isn't a vampire per se. It does use similar vampiric methods in toying with the young man before the final blow to claim his soul. 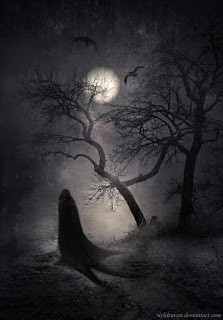 This fantastic gothic image is by Wyldraven, whose Deviant Art page is over here. And the previous novel I referred to is, of course, Hell-Knights. Speaking of works-in-progress, I think I mentioned before that I'm already getting some ideas for a third book for the Ghosts and Tea series, but I'm not going to be too positive regarding the series going beyond three books. It'll be great if it does, but given my return to my day job, things will be fairly dicey there, whereas I already have a fourth book idea percolating for Curiosities.
Again, all that's jumping too far ahead, and maybe one series might end with three books while the other carries on, or both series will continue indefinitely. Between the two, however, Ghosts and Tea is a lot more challenging (albeit pretty fun) to write because of the narrative structure of an epistolary, so that series may have a limit. Whereas Curiosities is inspired by folklore, so there's a rich source of material for X number of novels.
Incidentally, I still have to talk a little bit more about the Curiosities series, like why Bohemia, why only saint names for city names, etc. I'll do a post the closer we get to the release of Automata.
As always, it's a waiting game for me with these books. I suppose the only thing that is definite is that both of these series will be the last I'll be working on, regardless of how many installments are published for them. Hey, maybe one or both will outdo the Arcana Europa and end up boasting a total of ten novels. Now wouldn't that be grand? I think so. 😁
at June 27, 2020