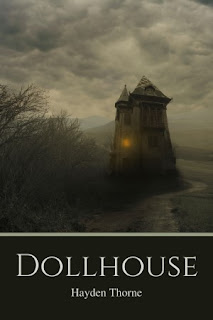 Happy news: Dollhouse is now up as a preorder over at Books 2 Read, and here's the book page. The release date is January 3, 2020, and as I type this, I'm halfway through the final round of edits for the book. It's mostly about quick, last-minute cleanups, and so far, so good.

Since it's a novel, I'll also be offering that in print format, the final printing cost pretty much dictating the retail price. It'll likely be in the same general area as The Amaranth Maze since that's the most recent book I've published that comes close to the final word count of Dollhouse.

I've also begun work on both Automata, which follows Dollhouse and shows Alexej Sauveterre's own adventures as a potential victim of dark, supernatural events, and The Priory, the epistolary novella I'm hoping to release at the end of 2020.

Working on Automata while also going through the last editing sweep for Dollhouse is really helpful in keeping my mind fixed on the same universe. The downside to writing a series is any amount of a time gap between writing and publishing successive books can really mess with your momentum (not to mention your immersion in the world you're creating).

So I'm hoping this energy and focus will continue well into the new year and until both books are complete. I'm currently aiming for 25 chapters for both books, but considering their target word counts, Automata will obviously have longer chapters than The Priory. Still shooting for June or July for the publication of Automata. Keeping my fingers crossed.

By the way, I've decided to incorporate the plotbunny for a third Curiosities book into Automata, which means this series will only have two books all in all. After 2020, I'd like to just focus on expanding The Priory and possibly continue work on Dolores, though that series isn't really one that has a conclusion since each successive novella isn't a direct sequel to the one before it.

If that series ends up not being updated, so be it. But I definitely would like to continue writing an occasional contemporary gothic gay romance when inspiration hits.
at November 22, 2019